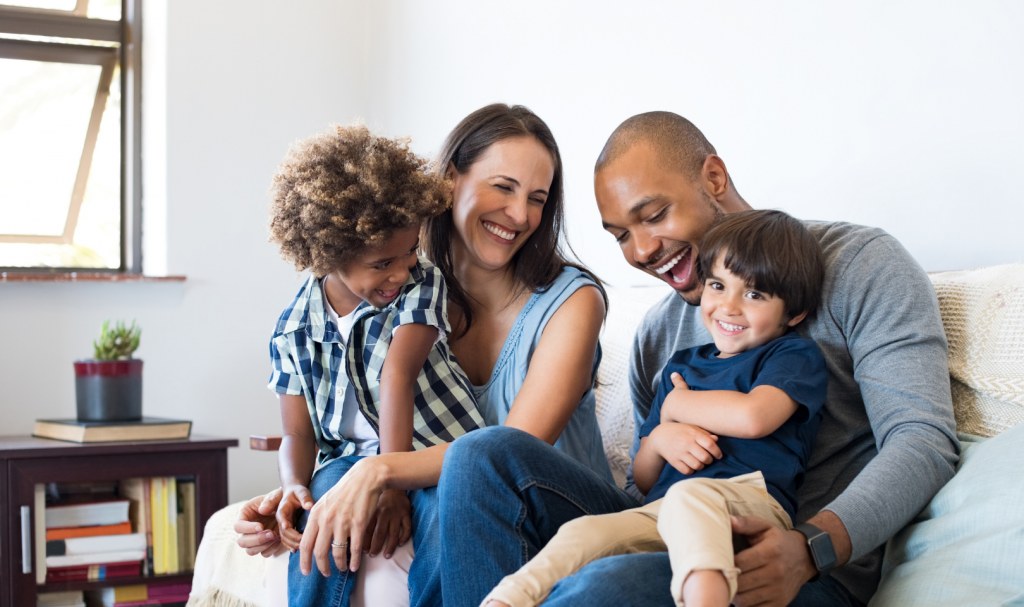 Time-of-use (TOU) rates can be a real problem for homeowners, boosting your already-high electricity costs when you use power during peak hours. However, if you’ve got a well-designed solar and battery system, you can turn that equation upside down and make TOU rates your new best mate – here’s how.

When we talk about electricity bills, we usually talk about how expensive they are, how much they’ve gone up recently, and how we all wish we could just get rid of them entirely.

But what if, instead of complaining about your bills, you could put their rates to work for you instead?

When you pair a Hybrid Solar + Battery system with a Time of Use (TOU) electricity rate, that’s exactly what happens. Your batteries cover most of your power needs, while the remaining power you do pay for can cost as little as half of your current rate.

How Does a Time of Use Rate Work?

First, let’s cover the difference between a normal “flat” rate and a Time of Use rate. With a flat rate, you pay the same for power, no matter when you use it. With a TOU rate, you’re charged different rates at different times of the day.

Switching to a Time of Use rate with your electricity provider means that you’ll be billed a higher rate when you use power during the utility’s Peak period, and that you’ll also get a big discount on the power you use during your Shoulder and Off-Peak times.

Here’s how these cycles are broken down in Sydney: 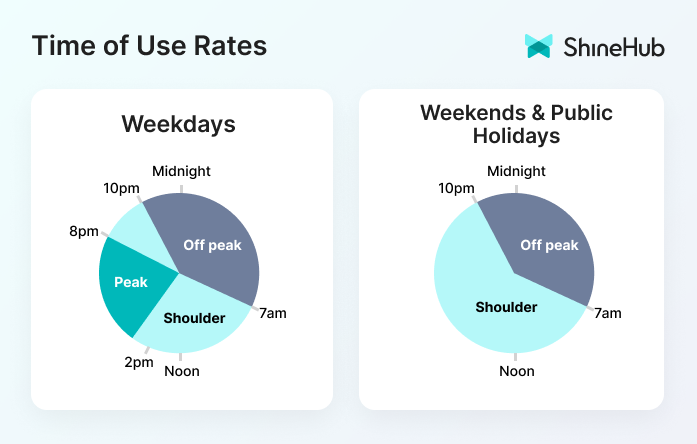 Now, notice how the Peak period on weekdays only runs from 2pm to 8pm? With the right roof, you can produce solar power from 7am until 6pm each day and run a small battery pack to cover you from 6pm through 10pm.

Think of it this way… You wake up in the morning at 9am. You’re now using panel power, just as you are when you have lunch at noon and get home from work at 6pm. At 6pm – as the sun is going down – your energy system switches to using power that’s been stored in your batteries. At 11pm, as you’re getting ready for bed, your system switches automatically to using mains power (which, thanks to your TOU rate, you’re getting at cheap, off-peak rates).

Basically, your solar and battery system is covering the expensive peak and shoulder times, and what’s left to be billed? Just cheap Off Peak power. Yay – good for you!

How Do I Figure Out if I Have a Good Roof for TOU?

Despite what you may have heard, East and West roofs aren’t bad for solar. Thanks to advances in modern technology, they can now produce 90-95% of the power that a North-facing roof can (given the same number of solar panels).

That said, some roof configurations work better for solar installations than others. Head over to Google and have a look from a bird’s eye view. If you have a West-facing roof you can put panels on, you’re good to go!

Want to have a certified solar engineer help you find the best place for your panels? Book a call here.

Now, let’s put your new solar knowledge to the test. Which of the following panel layouts do you think will be best for a TOU rate?

What If I Don’t Have a Good Roof for TOU?

Answer: The first, because it’s a North- and West-facing roof!

If your Google sleuthing turns up a roof that won’t work for a TOU rate, don’t worry – you aren’t out of luck. You may still be able to take advantage of solar-friendly electricity plans like Enova’s 12-cent solar feed in tariff plan.

However, if you are lucky enough to have a North or West-facing roof, don’t delay! Make the switch today and enjoy cleaner, cheaper electricity. Set up a call with us if you have any further questions on the process.