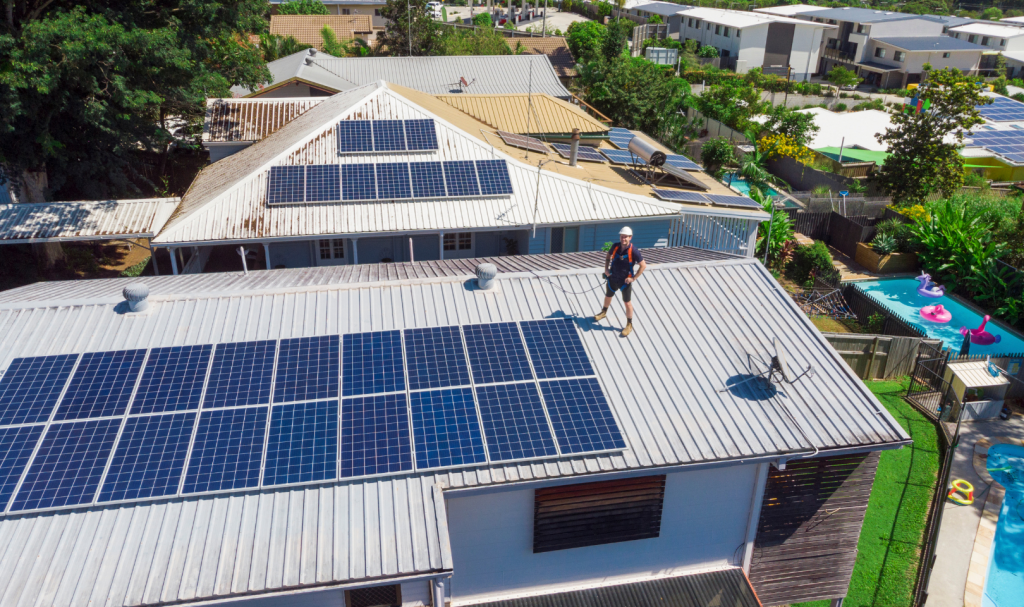 A lot of customers are being misled by solar companies claiming that their systems are 'battery ready' - here's what you need to know to avoid getting burned by shonky salespeople.

If you want to get your electricity bills as low as possible, the best way is with solar panels and a battery. Some households choose to begin their solar lifestyle with a panel and battery system, while others start out with just panels and plan to add batteries at a later date.

If you’re a household leaning towards the latter, here’s what you need to know – beware of sneaky solar sales tactics, ‘battery ready’ is a term that we’ve seen applied very loosely by our competitors and is not quite accurate.

Here’s how it works…

Solar panels generate power, inverters control it, and batteries store it. There are two ways to set up a panel and battery solar system.

This is the most common set up for households that start out with solar panels and add a battery at a later date. There are, however, a few downsides to this setup:

Solar companies that use this model will often start out by selling you a solar panel system, with just a solar inverter. They market their systems as ‘battery ready’ – but, what they won’t tell is you will also need to factor in the added expense of buying and installing a battery inverter. A battery inverter fully installed will set you back around $3,000, and you’ll need to get a battery inverter + a battery down the track if you choose this route.

This is a bit like saying a backyard is ‘pool ready’ but failing to mention the fact that you will need to dig a big hole and lay some concrete!

Why are some solar companies doing this?  Because standard solar inverters are cheaper, and it makes their offering look like a better deal than getting panels + a hybrid inverter.  What is a hybrid inverter?  I never thought you’d ask…

“Battery ready” is a term that is being applied very loosely in the solar industry as of late. Any solar system can technically accommodate a battery, but only a hybrid inverter can take on a battery without adding additional cost.

If you’re thinking of making the switch to solar and adding a battery down the track, make sure you scrub up on the benefits of hybrid inverters. They may be slightly more expensive up front, but they will save you plenty in the long run!  Want to get a free quote for a hybrid inverter system for your home?  Click here